Huddersfield Choral Society responded nimbly to each lockdown rule as it came and went …and came again over the past year. We have a proud tradition of Choral Singing in Yorkshire and we don’t let owt get in our way…usually.

We sang together and we got on with music making in the only way we could.

Huddersfield Choral Society commissioned the Poet Laureate, Huddersfield’s own Simon Armitage, to write two lockdown poems to be set to music. Simon turned to all our members for inspiration. Each singer was asked to send one word which captured the essence of lockdown for them. Some words were uplifting; peace, stillness, birdsong - others less so; grind, worry, despair, isolation. Simon used these words to fire his imagination and the results were two inspired poems entitled We’ll Sing and The Song Thrush and the Mountain Ash. Two young British composers, Cheryl Frances-Hoad  and Daniel Kidane then set the lyrics in hauntingly beautiful songs.

We rehearsed the songs, often fighting the tears provoked by such poignant words that captured the essence of lockdown, and as soon as we were allowed we sang together again. Yes, only in small groups; yes, socially distanced; yes, having our temperature checked on arrival; and yes, with hands smothered in hand sanitiser: but we were singing together! We continued in this vein for a few short weeks and managed to record the new pieces in Huddersfield Parish Church.

And then were locked down again.

We had a flurry of Local and even National press coverage in November prior to the online launch of the recordings, which was viewed by around 1300 people worldwide – a bigger audience than we would have got in Huddersfield Town Hall.

Members resumed Zoom rehearsals with our resilient and tenacious Choral Director, Gregory Batsleer and this time we were heading towards Christmas and that means two things -  Christmas Carols and of course Messiah.

We learned how to record ourselves in our homes, a completely new experience for many of us. Our voices could then be reunited by a sound technician for a performance. We listened to clicks that kept tempo. We heard a faint accompaniment and we sang. We learnt to clap at just the right time to mark the tempo as we recorded Choruses from Messiah for a collaborative performance  for The London Handel Festival and we sang. We all sat glued to our televisions as we experienced the wonderful livestreamed Messiah with live soloists and we sang. We wore tinsel to record Christmas carols and we sang, releasing an online carol daily in the run-up to Christmas Day.

We put on a Mozart Requiem Choral Workshop online. We took to social media and let the whole world know. We were joined by singers from as far afield as California and Cleckheaton, Germany and Gomersal, Singapore and Slaithwaite. Goodness knows what time of day it was for some of them. With the stellar baritone Roderick Williams as our guest, over a thousand singers joined us. This was soon followed by a workshop on the Bach St John’s Passion with guest the counter-tenor Iestyn Davies, which again drew participants world-wide.

As I write this we are in June 2021. It seems that almost everything has unlocked. Pubs and shops and cafes and bars and restaurants and gyms and…well everything has been allowed to open, without masks even. Everything that is except for those of us who sing in amateur choirs. We find ourselves planning an event, then postponing, planning again…and postponing. It seems that any one of us can now go to a football or rugby fixture and sing with hundreds, even thousands of others, but as a performing choir we are limited to 6 people indoors or 30 outside.

We lost dear friends in the Society in the early days of the pandemic so we know exactly why restrictions have been necessary. But surely now it is time to let live performance return to all our lives.

We’ll Sing again very soon, and we look forward to you all coming along to support us as we have missed you, our audience. 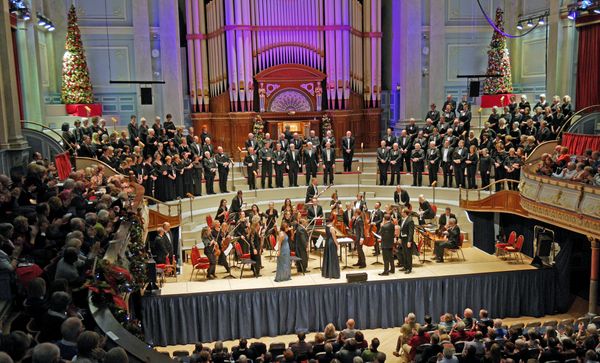 The fourth and final instalment in our Christmas carolling series. 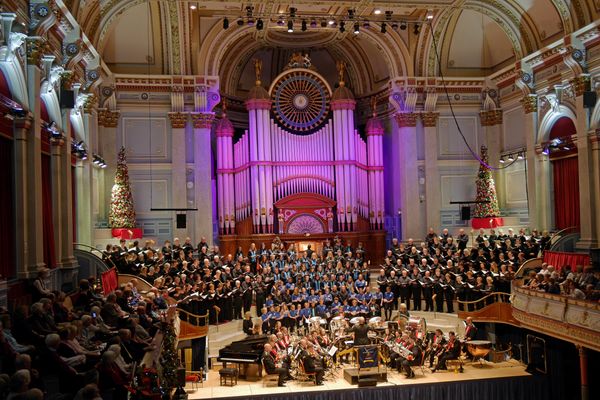 Click to enjoy the third instalment in our Christmas carolling series, supported by CityFibre. 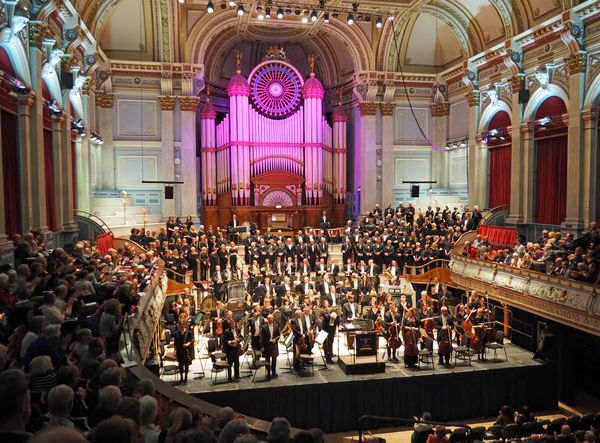 The second instalment in our Christmas carolling in the run up to Christmas day!